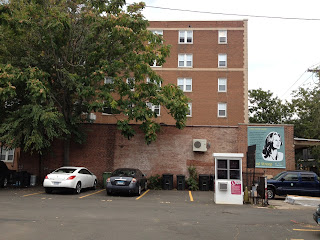 Dean Sakamoto testified in favor of the BD-1 zoning amendment to New Haven's Zoning Ordinance at its Planning and Zoning Commission meeting on January 16, 2013. This proposed amendment is a correction to New Haven's ordinance in which residential mixed-use development in urban areas can comply with commercial use density and building bulk standards. To the City's credit, this action sparked a debate among concerned citizens, both for and against this zoning correction that was originally established in 1988. Sakamoto believes that if the zone correction is made, this rule would increase the Elm City's growing "creative culture" in its urban core. For more details see Allan Appel's story in the New Haven Independent: